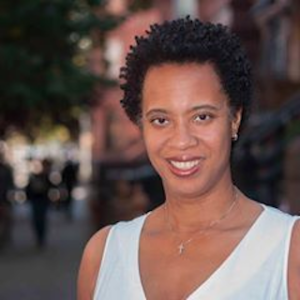 For more than a decade, Allison Shillingford has dedicated herself to supporting Brooklyn families and students in obtaining quality education. She began as an independent consultant, assisting families during the enrollment process of private schools in NYC. In 2010, she established the company, Navigate the Maze, which was a success in helping dozens of families get into the best independent schools in NYC. The idea behind the development of Navigate the Maze to Achievement began when Shillingford noticed that academically gifted and talented black students were underrepresented in the specialized high school population of NYC. She knew that she wanted to help close that educational gap. And by helping those students pass the admissions tests that could get them enrolled in those schools, they could also have better post-secondary educational options as well. NTMA will focus on getting more black students into some of the best public schools in NYC.

Allison received her BFA in Dramatic Writing from New York University’s Tisch School of the Arts and an MA in Oral History from Columbia University where she focused on education and race.  Her thesis, The Death of the Black Independent School—A Look at the Closings of Primary Education Institutions, looks at the black independent elementary schools that were born out of the failure of the Ocean Hill Brownsville controversy and how they are quickly disappearing as an option for black families in central Brooklyn.  This audio documentary examines the importance and the closings of these institutions.